Playing ON is a theatre company and social enterprise, set up in 2010 to produce quality theatre, transforming the lives of disenfranchised people.

The company translates their authentic voices and real life stories into high quality new writing.  Through taking part in Playing On workshops and performances, participants can become professional theatre-makers, gain skills for life and are empowered to re-engage with education, training and employment.

“Playing ON exists to develop and promote theatre as a method for the powerless and the powerful to actively explore the key issues of a shared context.”

Pauline Gladstone (Chair of the Playing ON Board) 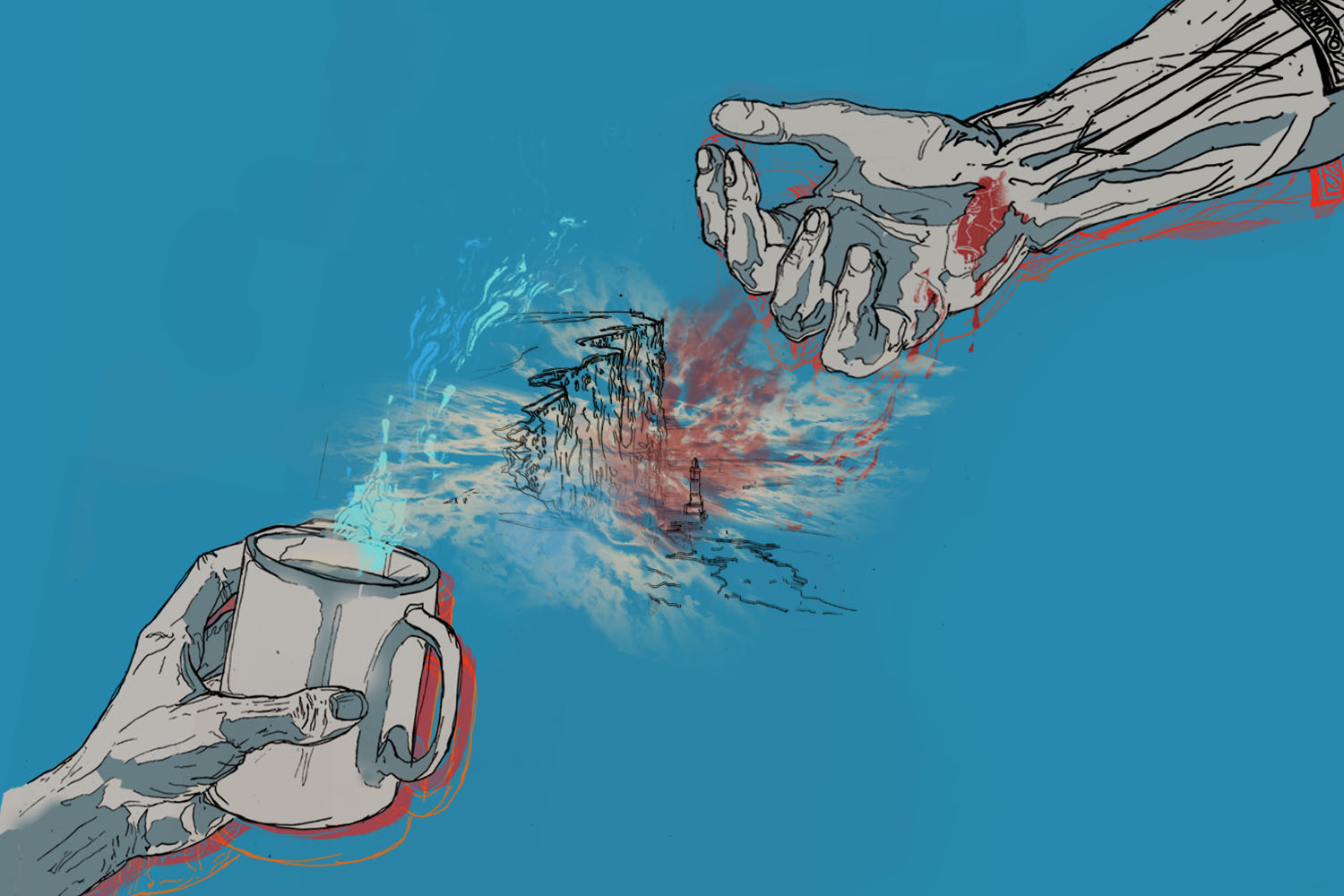 CAN I HELP YOU?

Bringing to life Philip Osment’s final play, Can I Help You? is a magical realist examination of the role race and gender have to play in mental health and suicide.

An off-duty English policeman is about to throw himself off Beachy Head when he is met by a woman carrying a laundry bag and a cat box. Over the course of one night, two disparate characters learn what it truly means to be touched by the magic of hope.

Join Playing ON at one of the many wraparound workshops and events across the run. From pre and post show workshops to NHS night, from panel discussions to an evening celebration of Philip’s Osment’s work, there is an event for everyone.

“Its impact on the audience was startling and, for me, it was a most convincing theatrical representation of life in prison.” – Sir Ian McKellen on INSIDE

Tribute to Philip Osment at his funeral by Jim Pope

The first time I met Philip was in 1997. I was working as one of the actors in Mike Alfreds ensemble; Method and Madness. One of the plays in our repertoire was Buried Alive, written by Philip.  I played Andrew, the father, who suffered from paranoid schizophrenia. It was an early taste of the subject matter which would bring us together as collaborators over 10 years later.  We bumped into each other again around 2007/8 when I was setting up the Playing Up course at the National Youth Theatre, a course in performing arts for young people who had dropped out of education.  He said he wanted to do a play about prison and would love to do some research, so I brought him into our teams delivering workshops in Rochester Young Offenders Institute. We were delivering a 6-week programme of drama engagement for young fathers.  Neither of us knew at the time how much it would change both our lives.

I will always remember our first day with the group. Philip was extremely nervous and not hiding it very well. He never could. We stood in a circle of prisoners who looked very suspicious of us and said they didn’t want to do any acting.  We introduced a well-worn drama game called Zip Zap Bop.  In case you don’t know it, there is an imagined ball of energy which gets passed around the circle with some simple actions and words.  Zip sends the energy to the person on the left or right, Zap sends it across the circle and Bop bounces it back to the sender. It is a bit complicated at first and admittedly a bit silly and outside the comfort zone for most of these boys but after a while the game started to flow a bit and people started warming up.  That is until it got to the lad next to Philip where the game would stall.  He just couldn’t get it at all.  The prisoner was a very tall guy with a deep voice and a slight twitch, which I was told came from years of drug abuse.  All in all it gave him essence of the late Tommy Cooper.  When it came to him he would stop for an age with a look of pure bafflement.  Then after an eternity a light bulb came on and he shouted: “BOP” at the top of his voice. Then he kind of lunged towards Philip and proudly asked: “…. how’s that?” Philip nearly jumped out of his skin but managed to gather himself and very effectively registered approval whilst nervously passing a “zip…” to the person on his other side.  It was the politest “zip” I have ever seen!

But as the weeks wore on, he gently drew some incredibly detailed improvisations out of these young prisoners who started out saying they weren’t going to do any acting.  He would stand there engrossed in their improvisation like a coiled spring, with a look of pure excitement on his face, standing on the balls of his feet with eyes like saucers and an expectant grin from ear to ear. He looked like one of the meerkats on the compare the market.com. adverts.  In those moments I felt pure love. Love of how special this practice could be to someone.  Love of how much it can matter and how valuable everyone’s contributions were made to be.

The most precious thing Philip gave to me is the understanding that the real way to engage a group is not with noisy games.  It is to listen, respect, honour who they are and treat their offers as precious gifts. Then will come permission to interpret, challenge, question, and makes stories. Permission to play but not to compete.  It is a lesson, which I will take with me forever.  Philip gave all of himself, all of the time, which is why by the end of the programme, he was like a hero to those young prisoners.  He was the “daddy”.

In 2010 we formed Playing On to marry professional theatre and socially engaged practise. We have had residencies, delivering workshops and devised performances in prisons, community mental health settings and psychiatric hospitals.  These have informed the plays he wrote which became our professional productions of INSIDE, based on our work in prison and Hearing Things based in a psychiatric hospital.  “Can I Help You?” which we will produce in February 2020 was his final offering and was drawn from our community mental health projects and deals with race, gender and suicide in a typically nuanced way, finding hope in the bleakest of settings.

He was as Mike Alfreds says in his book, Different Every Night, “the greatest collaborator.”  He was also a teacher, mentor, therapist and so many other things to me.  His practise was the bedrock of our work, which I will take forward into every creative space we ever enter.  He was also a friend and I’m going to miss him.

“I particularly value Playing ON because there is magic in the process.   Every time I see a performance I come away thinking: ‘how the f**k did they do that?’ “

Adam Moll (Treasurer and Board Member)